"Fun, Fitness and Friendship" The Benefits of Walking Football

When Walking Football first came to Wave there were just seven people in the sessions. Now it’s one of our most popular activities, with fifty players coming through The Down’s Leisure Centre alone and new sessions being launched in Lewes and Peacehaven. It has grown rapidly in popularity, both in this country and around the world, but its success at Wave wouldn’t have been possible without Wave volunteer Dick. Dick organises the sessions, referees the matches and encourages players with his favourite phrase.

“My motto is fun, fitness and friendship. You have fun by playing, you get fitter and make new friends. The football itself is fun, although sometimes it can get a bit competitive and I have to remind them that’s its walking football without any contact! Many members have seen improvement in their general fitness, have made new friends and do things together outside of the sessions.” 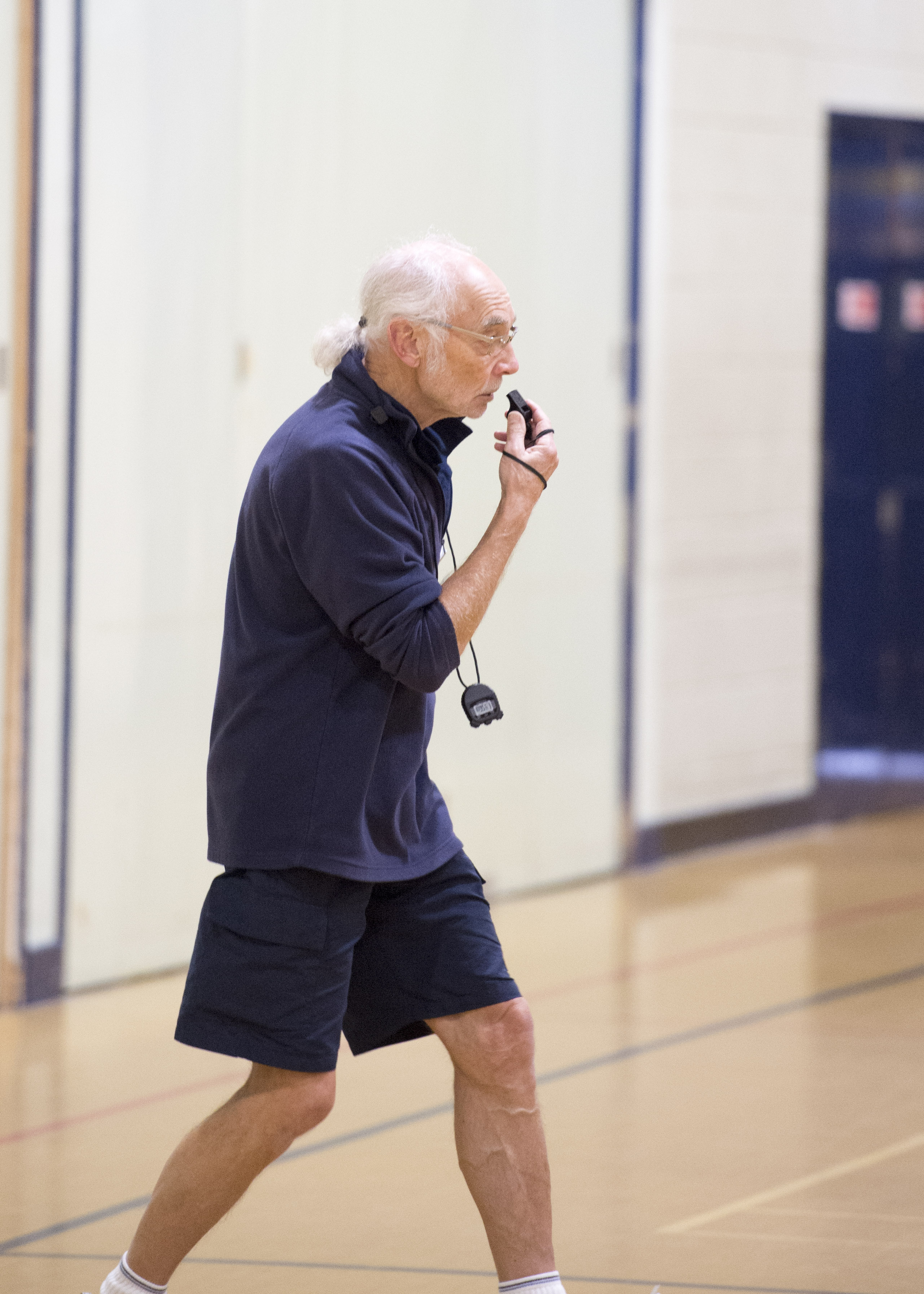 Dick is affiliated with the Walking Football Association and is a National Referee. He makes sure the teams at Wave play to the national rules, which include no contact and little or no running. This helps to avoid injuries and means it's accessible to people of varying fitness levels. Dick is passionate about making the sport open to as many people as possible:

"A nurse recommended one of our guys to us because he’d benefit from doing more exercise. Now nurses are recommending Walking Football for diabetes. Some guys don’t think they can do it but they come along, give it a go, they enjoy it and it helps, the benefits are good. There are competitions all over the country and I’ve got some really good players but they’re not overly-enthusiastic about being that competitive. They’re just here for the social, fun kick about, to me, that’s what really matters."

Our Walking Football sessions have seen a 37% increase in participation by those who otherwise may not be confident enough to take part in regular activity. Due to its low-pressure atmosphere, it's been a huge success. 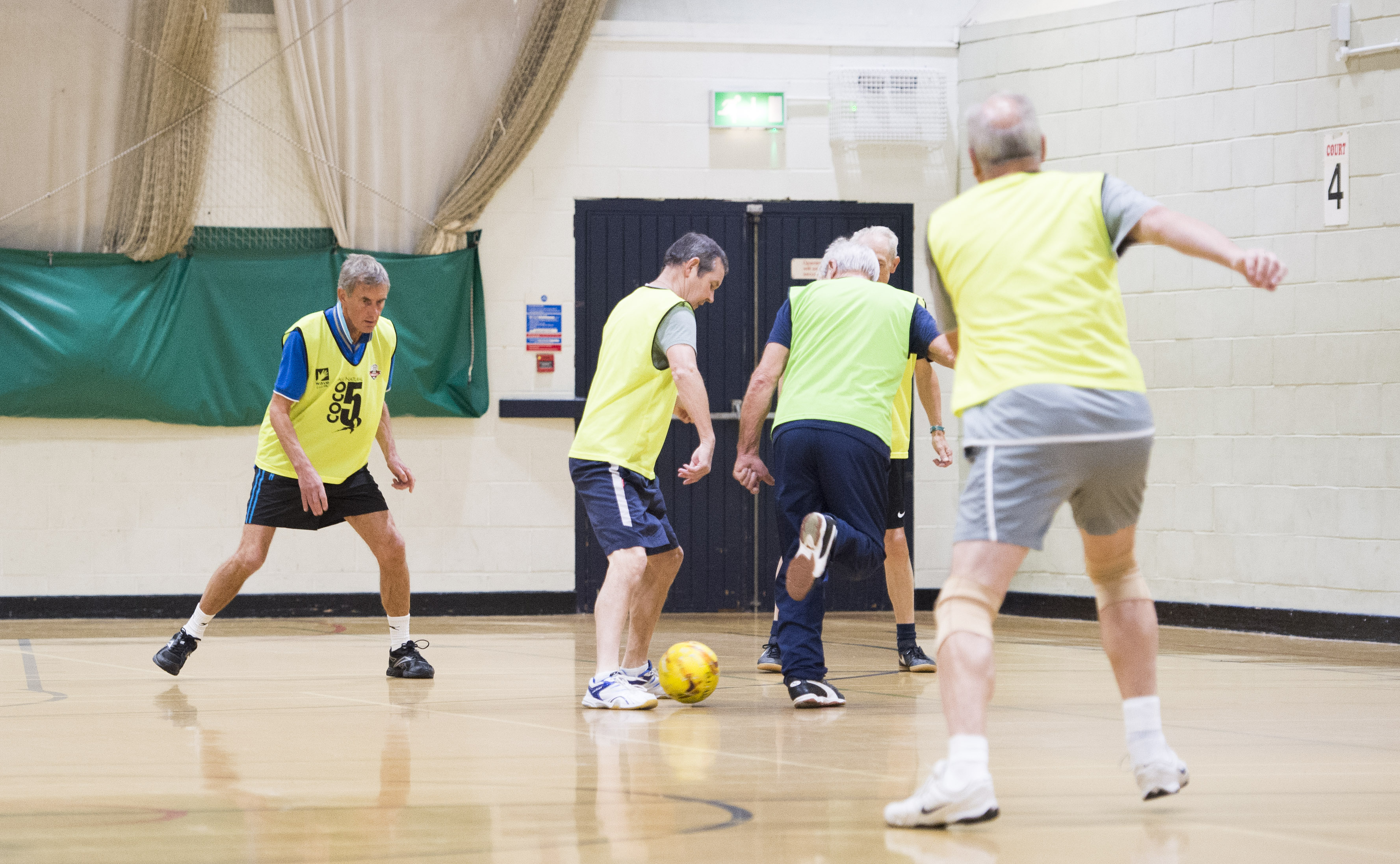 The Downs Leisure Centre Walking Football sessions are usually followed by a post-match catch up in Cafe Wave:

"A number of members will have a coffee together after the session. We hold a couple of functions a year including a Christmas dinner and presentations, a lot of it is about the social side. Men don’t talk easily about personal issues but this has helped. They’re talking to each other more openly and supporting each other."

If you'd like to know more about Walking Football, email us on info@waveleisure.co.uk. 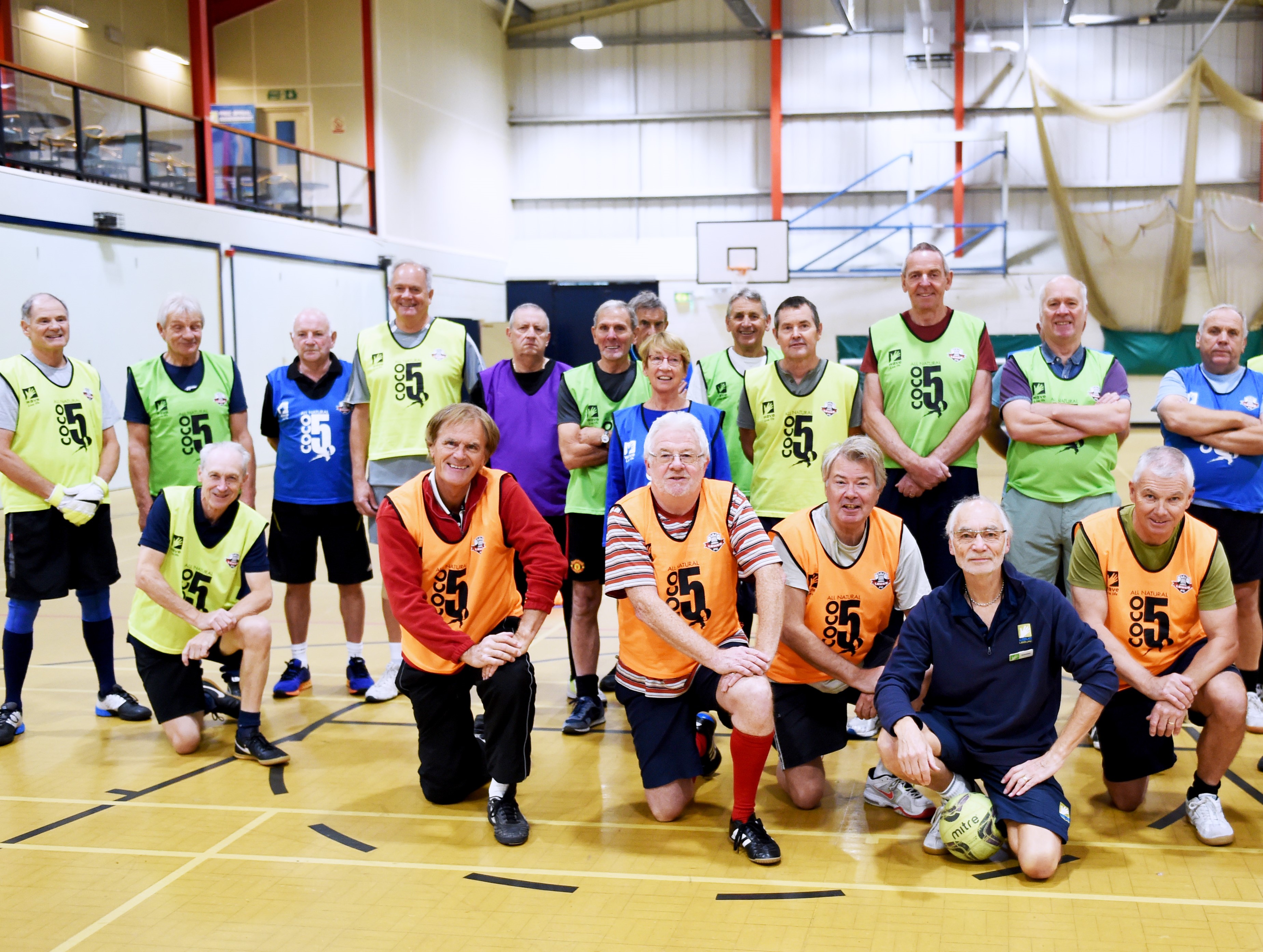