Our Fitness Instructors Answer their Most Commonly Asked Questions!

Whether you’re worried about weights, scared of squats or confused by crunches, our fitness team are always on hand to answer your fitness questions. Here, they answer their most commonly asked questions.

How do I lose weight without losing muscle?

Jessie says "The only way to lose fat is to be in a calorie deficit. To achieve this, you can eat your daily recommended calories and just increase energy expenditure by exercising more. However, unfortunately we don’t get to choose if we lose muscle or fat."

"Things like eating a less aggressive deficit, eating enough protein and increasing strength training in the gym helps to steer the loss towards fat and not muscle."

I want to lose fat and build lean muscle at the same time what should I do?

Jessie says "I suggest focusing primarily on one goal first – being fat loss. If you have the body fat to lose and go into a surplus, you will be more likely to increase your body fat. You want to be in a calorie deficit (eating less calories that you are spending day to day) but at the same time have a secondary focus on building lean muscle. Remember the more muscle you have the more calories your body burns."

Jessie is a Wave Personal Trainer based at Seahaven Swim and Fitness Centre. Get to know her here. 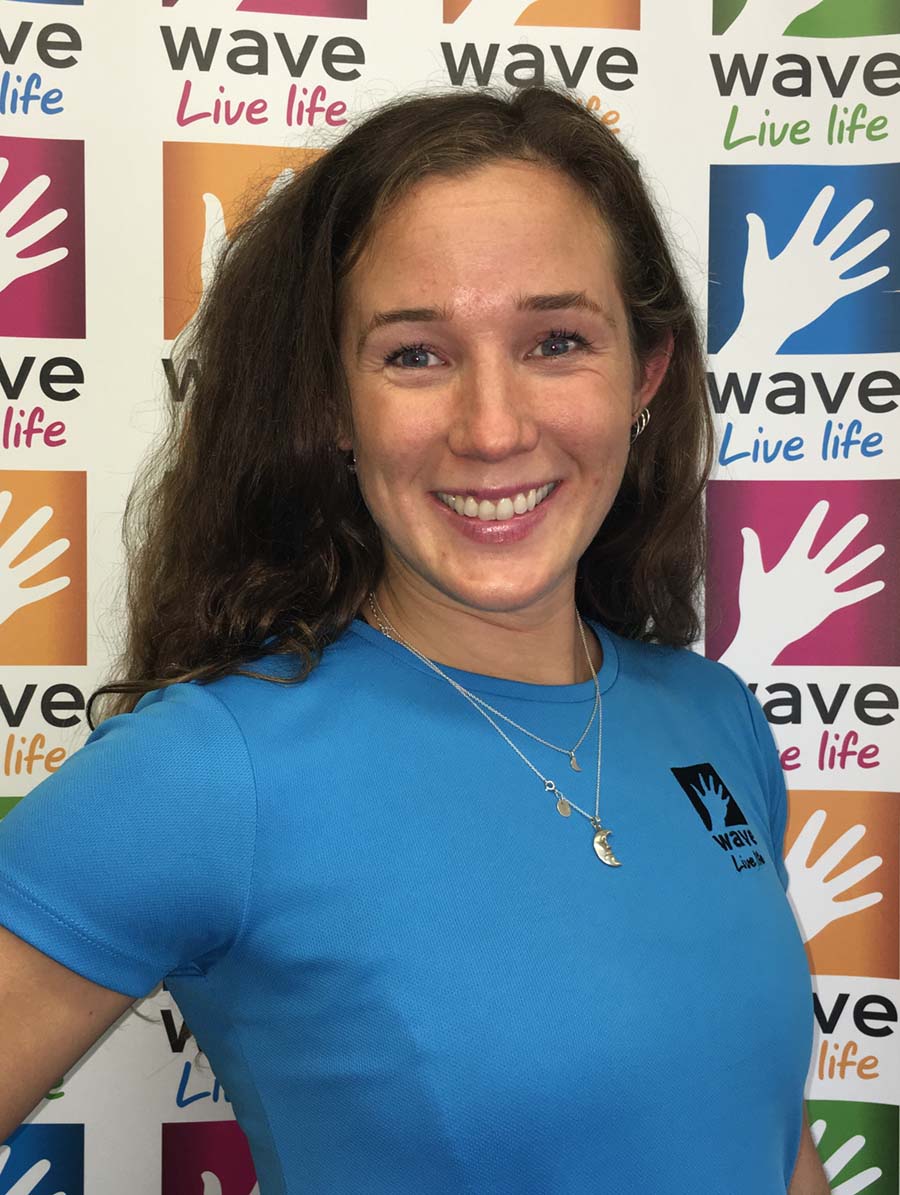 What cardio machine burns the most calories?

Chris says "Every week there seems to be evidence showing one cardio machine or another is the best for burning calories. My response to which is best? The one you’re going to enjoy the most! Because it means you’ll likely stay on it longer or work harder when you’re on it."

Should I split up my strength routine into different body parts each day?

Chris says "It depends on how often you’re going to train, what your goals are and how your body responds – sometimes it takes some trial and error to find a good system.However, for general lean muscle growth I would say that if you make it to the gym 1-3x per week, try whole body each time (as long as it’s not on consecutive days) because muscle groups need stimulating at least twice per week to see real change."

"If you’re training 3-4x per week, try an upper/lower body split or a push/pull split. Personally, unless you’re a dedicated bodybuilder, I would avoid the stereotypical ‘bro split’ (chest, back, shoulders, arms, legs each on different days) at any time as you’re unlikely to stimulate muscle groups well enough to see their full potential."

Sometimes, the machines log same workout differently. I do the same workout on two treadmills and calories burnt can vary by 50! Why is this?

Chris says: "Assuming it’s exactly the same workout on the same model of treadmill (we have at least two variants) ie one single speed, same time, same incline, and you’ve entered your age, weight, there are still other factors to consider:

1. The type of machine: bikes are generally more accurate(1) as they limit the user’s movement. Treadmills in particular are less accurate because of the user’s freedom of movement eg arm swing, leg stride, leaning on the handrails, and lateral movement can all change both between workouts and even during a single session.

2. The machines can’t consistently read your heart rate throughout your workout which means they can’t give an accurate account of calories burned. Instead they’re giving an educated guess, based on ACSM’s gold standards.(2) The numbers are fine to use as a rough benchmark for health and weight management but shouldn’t be taken as gospel.

"Also bear in mind that 50 calories is small in the scheme of things – the average person burns 2000-2500 calories per day - just eating one apple is approx. 70 calories and a Big mac is around 550 calories! So if fat loss is your goal, concentrate firstly on what you’re consuming rather than the calories you’re burning while exercising."

Chris is a Wave Personal Trainer based at Lewes Leisure Centre. Get to know him here. 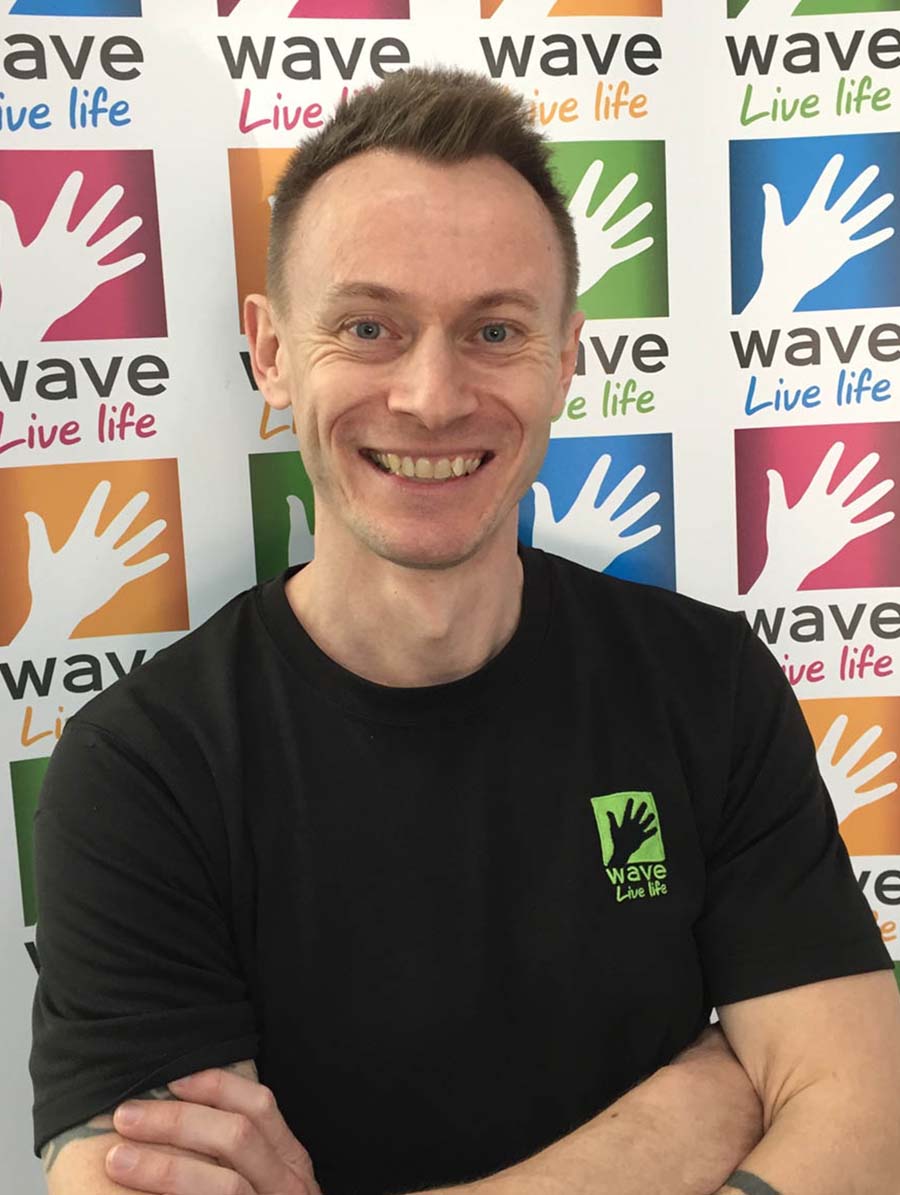 Will I get bulky lifting weights?

Rosaria says "Not necessarily… Lifting weights can increase your lean body mass, which increases the number of overall calories you burn during the day, therefore will result in losing inches and overall better physical composition."

"Another benefit of resistance training is reduction of Osteopenia and Osteoporosis, especially in women. Gaining muscle mass comes from a combination of heavy weight training and an excess in calories performed consistently over a long period of time; you won’t ever wake up with huge muscles after one workout!"

What weight should I use?

Rosaria says "Finding a weight that works for you will take practice, finishing a set of an exercise with ease is the first sign that you could push yourself a little more; make this change gradual. Always prioritise form and technique before attempting to increase any weights. Ask an instructor is you are ever unsure, that’s what we are here for!"

Rosaria is a Fitness Instructor at Downs Leisure Centre. 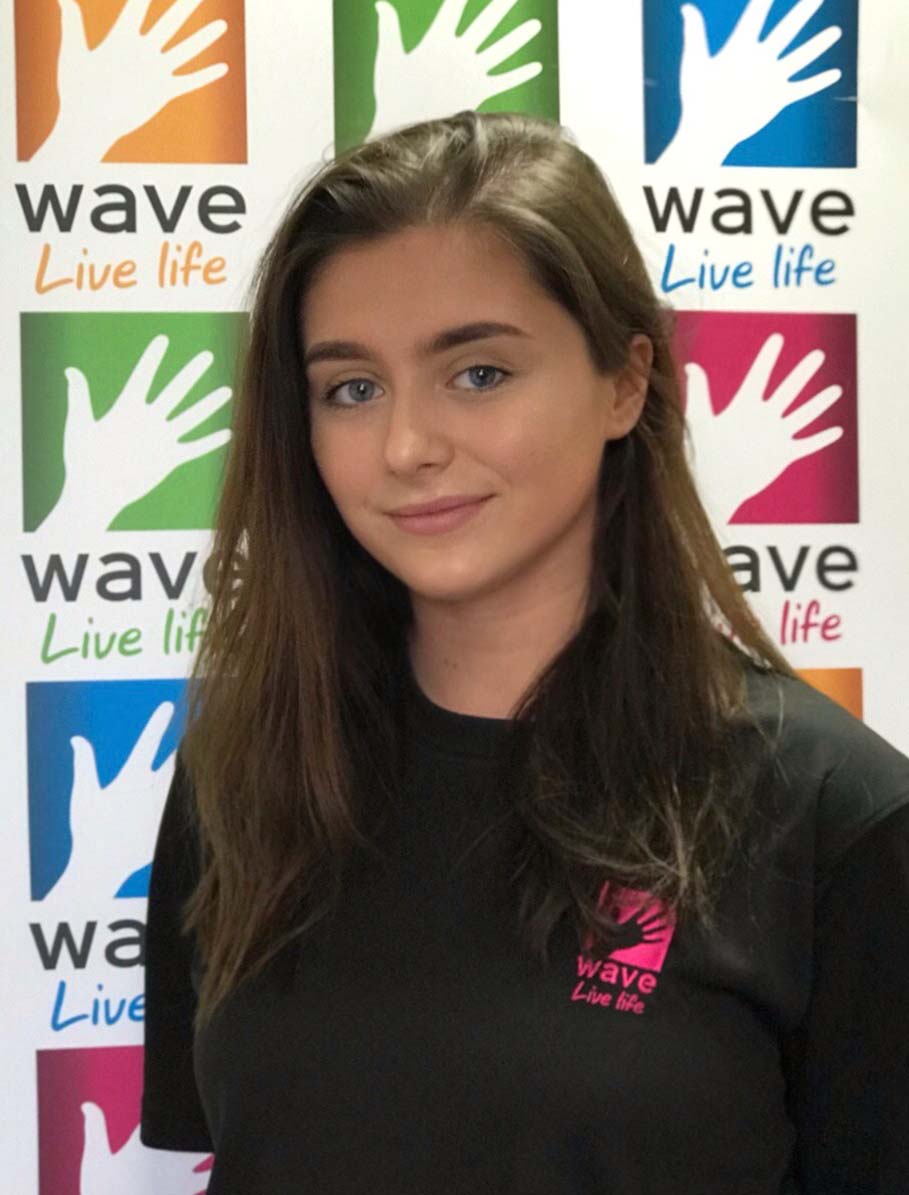 Why are my muscles sore after a workout?

Harry says "Delayed onset muscle soreness (DOMS) is the pain and stiffness felt in muscles several hours to days after unaccustomed or strenuous exercise. The soreness is felt most strongly 24 to 72 hours after the exercise. As you adapt to your training load your muscles will become less sore and become stronger as a result."

How Do I Get Rid of These Flabby Arms?

Do I Need to Take Dietary Supplements?

Harry says "For those who eat a balanced diet, there is no evidence that muscle-building supplements, including protein powders and amino acids, build muscle mass. Eat a well-balanced diet incorporating protein, carbohydrates and healthy fats. Consume food rich in vitamins and minerals."

If I do Sit Ups and Planks will it get me a flat stomach?

Harry says "Short answer is no, core workouts such as planks and sit ups will strengthen your core which is vitally important but you need to do cardiovascular fitness to burn calories and fat, weight training and consume a calorie deficit diet to reduce stomach fat." 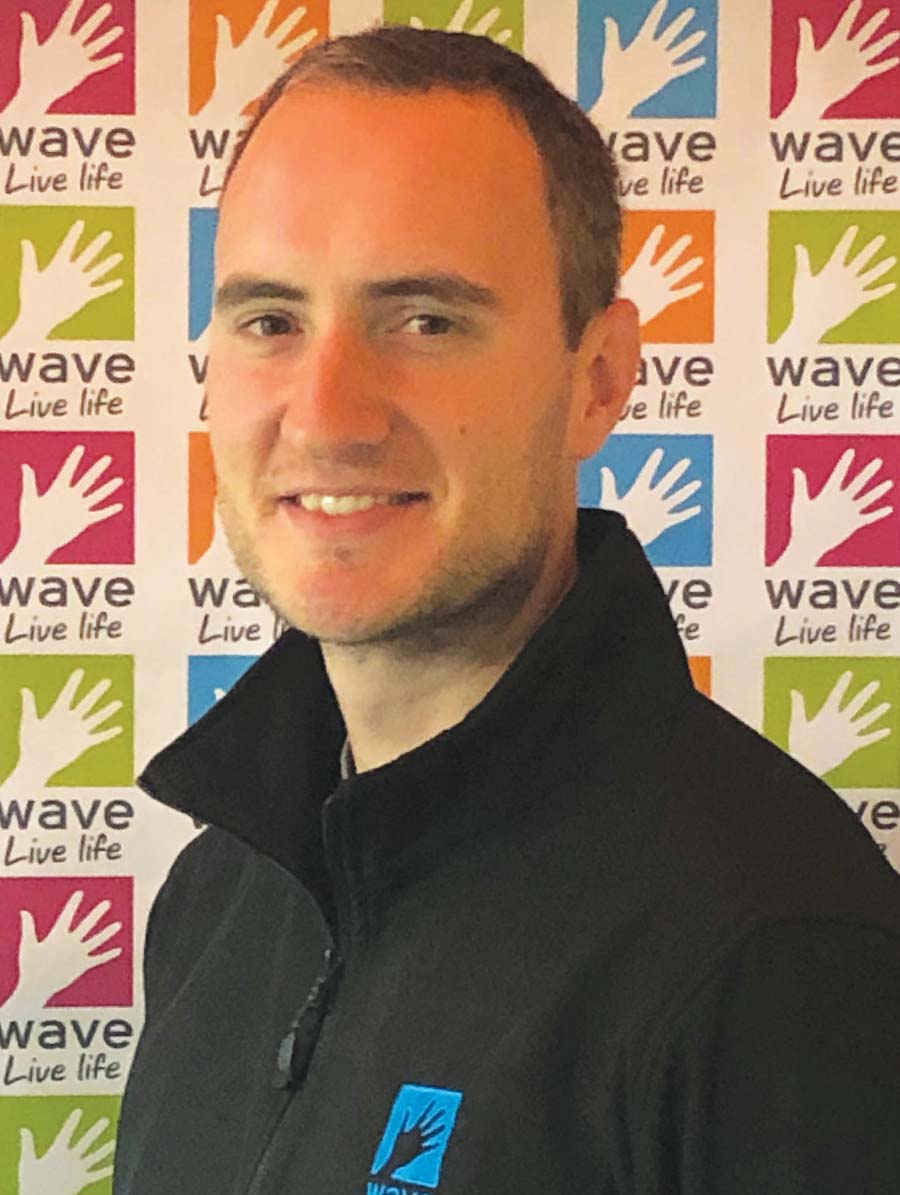 How can I get rid of my belly fat?

Tulay says "You can’t burn fat on specific areas of your body. However, with regular exercises and sensible healthy eating, keeping your portions small (calorie deficit) you can burn fat from your entire body, getting fitter and healthier and happier."

How many times should I come to the gym to see results?

Tulay says "It is good to aim for 3 to 5 days a week for regular exercise and along with healthy eating you’ll see a good result. It also depends on your goals of course and which kind of results you want to see,  come and talk us for more help."

I joined the gym just for exercise classes, can I still get fit?

Tulay says "Yes you can. 3 to 5 times a week, take part in classes of your choice this will help you to get fit."

Tulay is a Wave Personal Trainer based at Peacehaven Leisure Centre. Get to know her here. 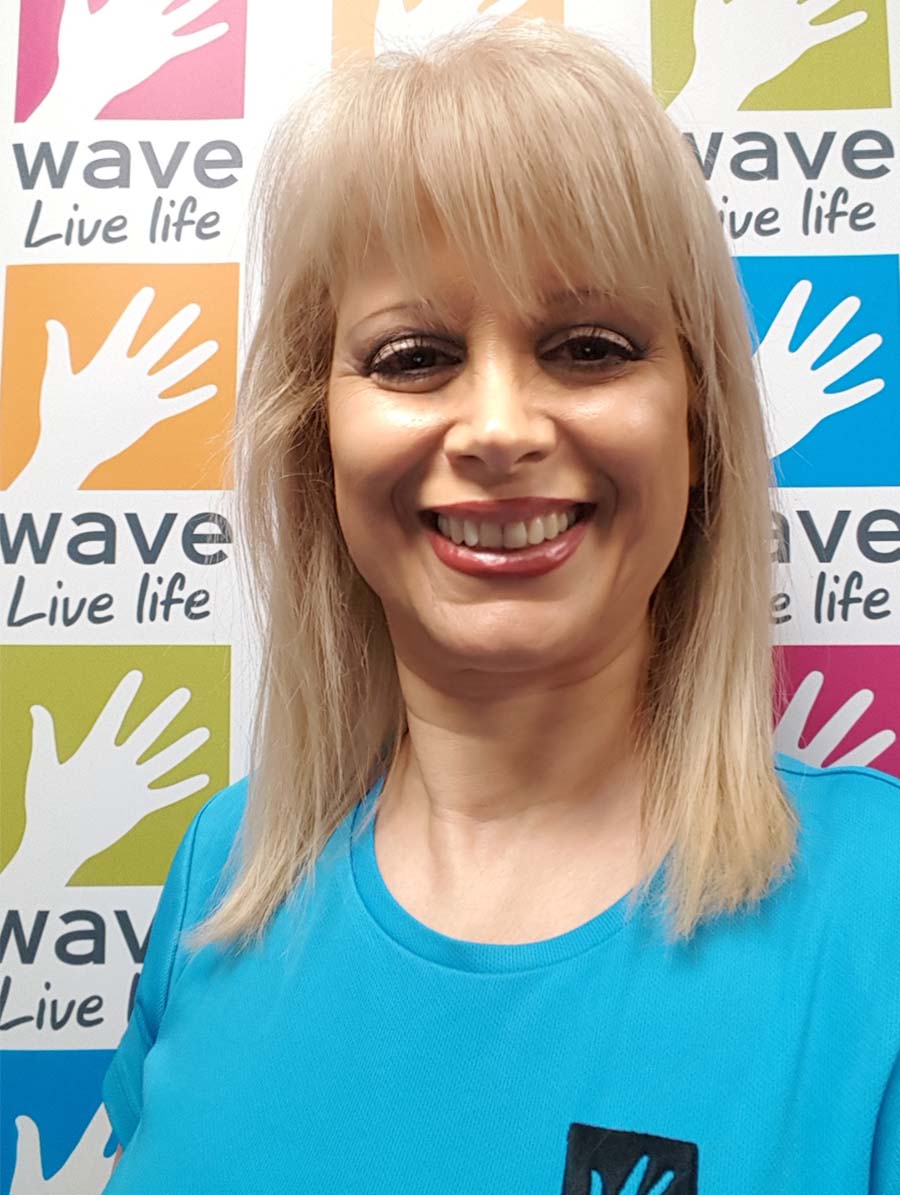 I have been following the same training programme for some time now. Initially, I made good progress, but in recent months my training has begun to plateau. What am I doing wrong?

Peri says "It is always a good idea to either change or amend your training programme periodically. Your muscles learn to adapt to the same regular stresses and then may no longer need to adapt. Therefore, I would recommend reviewing your programme at regular intervals, For example, changing 20% of the plan every 8 – 10 weeks."

"At Wave Leisure, we recommend regular Fitness Reviews. These are also free for most members. In these appointments, we can offer you the additional support and guidance you need to help ensure you make continued progress."

How do the people in fitness magazines do it? I train extremely hard, eat well and get plenty of rest but cannot imagine myself ever looking like that. I’m feeling pretty dejected.

Peri says "The people you see are not always in this super fit shape. In fact, many are only able to maintain their top quality condition for a few weeks at a time. Like every competition sportsman, you must hit your perfect peak to coincide with your planned objectives. It is only fair to also tell you that some will go to extremes to achieve this. They may also have supporting teams to take care of their training and nutritional needs (not to mention some air brushing!)"

"My advice to you would to set more realistic shorter term goals, but also use the resources around you to support your plans, such as our personal trainers."

Peri is a Wave Personal Trainer based at Downs Leisure Centre. Get to know him here. 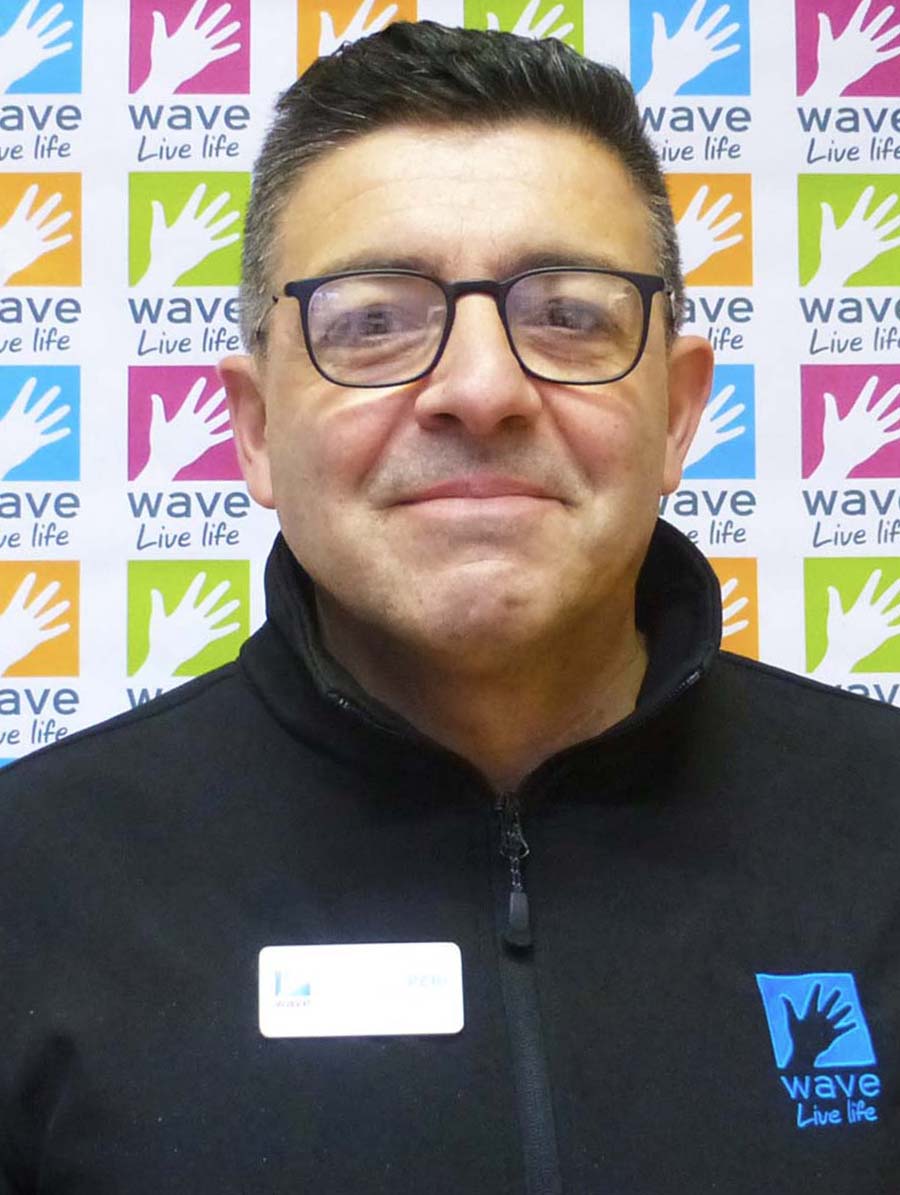 Is it a good idea to workout when feeling mentally stressed?

"Exercise releases endorphins, which will help calm you down. It is also best to channel that stress into something productive like exercise than for it to come out in other ways. You will feel less tension when you have exercised."

Is it true that some people naturally lose weight faster than others?

Cerianne says "Yes, there are many factors but the main two are predisposition to stress, and metabolism."

"The first one is the way someone reacts to stress. People will either eat more (comfort eaters) or eat less. In this busy world, stress plays a major role in body composition, and whether a person is a comfort eater or food avoider when stressed will determine their predisposition."

"Metabolism (in my opinion) is secondary."

"If someone has a high metabolism (uses more energy to stay alive) then they will naturally lose weight faster than a person with a lower metabolism."

"In saying that, of every 100 people who lose weight quickly, 99 will put it back on. Consistency is far more important in a weight loss than speed."

Cerianne is a Wave Personal Trainer based at Peacehaven Leisure Centre. Get to know her here. 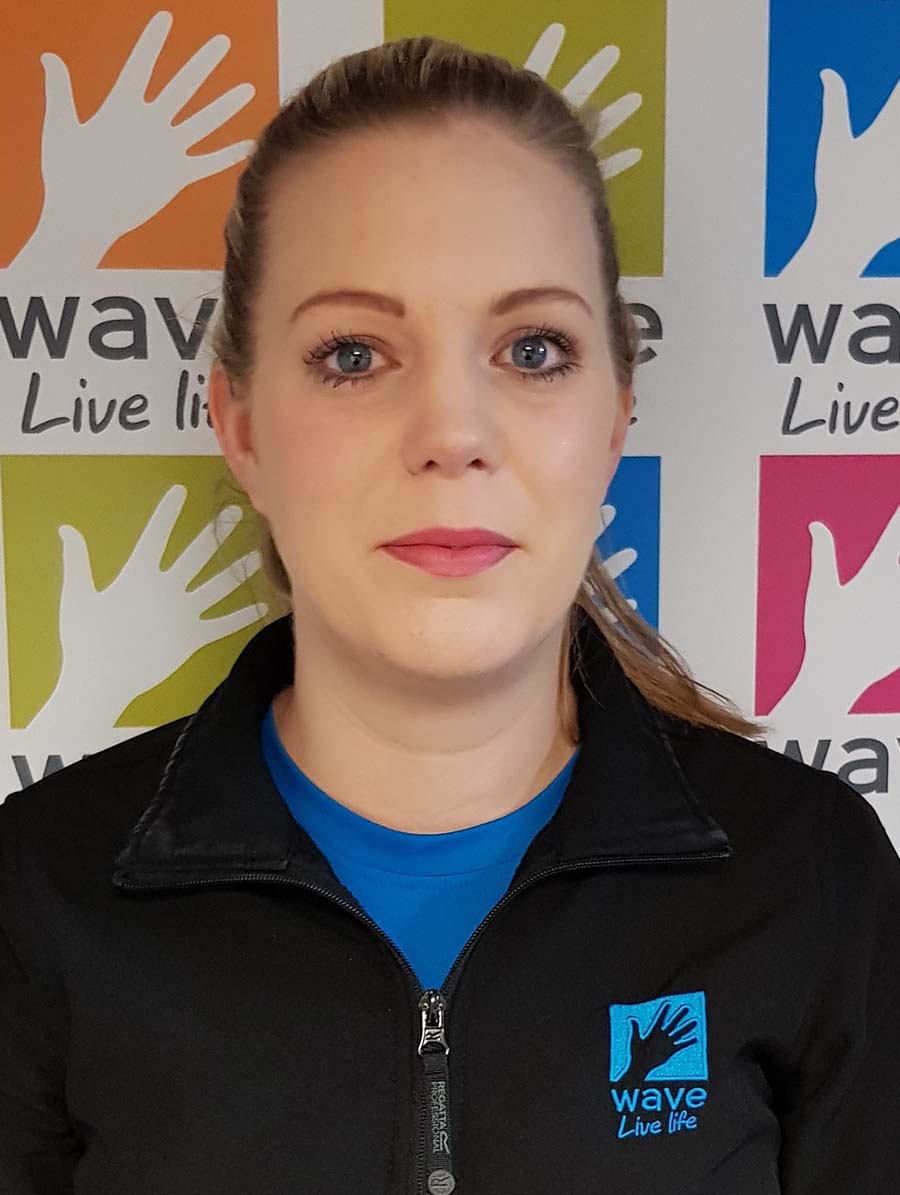 How Strong do I need to be?

Linford says "Strong enough. Strong enough to be able to do and enjoy the activities you like to do. Whether it is running, cycling, walking, weightlifting, gardening or just to live a healthy happy life your required level of strength will depend on your goals.

I don’t feel motivated, what should I do?

Linford says "Mood follows Action. So, decide what you want to do, set a goal and start doing the work. The motivation will follow and so will the results."

Linford says: In this order focus on:

Is it possible to lose fat/ be in a calorie deficit and still work on increasing muscle density? Or do you have to concentrate on one or the other?

"For this answer, I will assume 'muscle density' to mean for the muscle to appear to be more full, harder and with more definition. In general you have to be in a calorie surplus to increase muscle size and density, due to the extra calorie requirements to help with the remodelling and building of the muscle."

"However if you’re on a small calorie deficit and training in a way that will help minimise muscle loss, you will more likely achieve the appearance of denser” muscles. This is due to the lower body fat percentage making the muscles appear more visible, bigger and therefore more dense."

"In general it is more efficient and generally more effective to either focus on only weight gain or weight loss at one time. Either way be patient and don’t rush. Long lasting change takes time."

Linford is a Wave Personal Trainer based at Lewes Leisure Centre. Get to know him here. 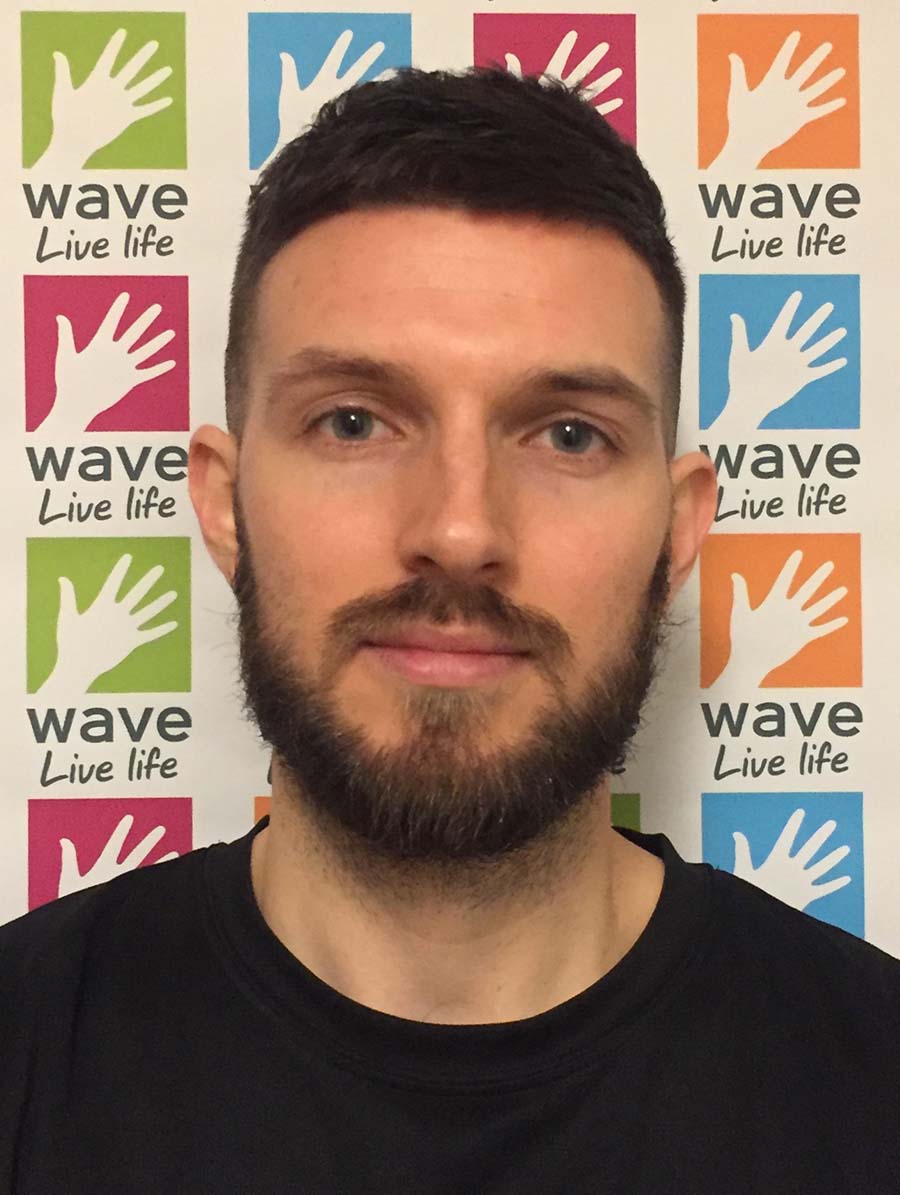