Emma and Daisy are Live Life Activators for Wave. They get children and young people moving through delivering sessions at local schools and junior sessions in centre. They also work with other Wave teams to deliver sessions for those with Special Educational Needs and Disabilities, as well as sessions for older people such as Walking Football. 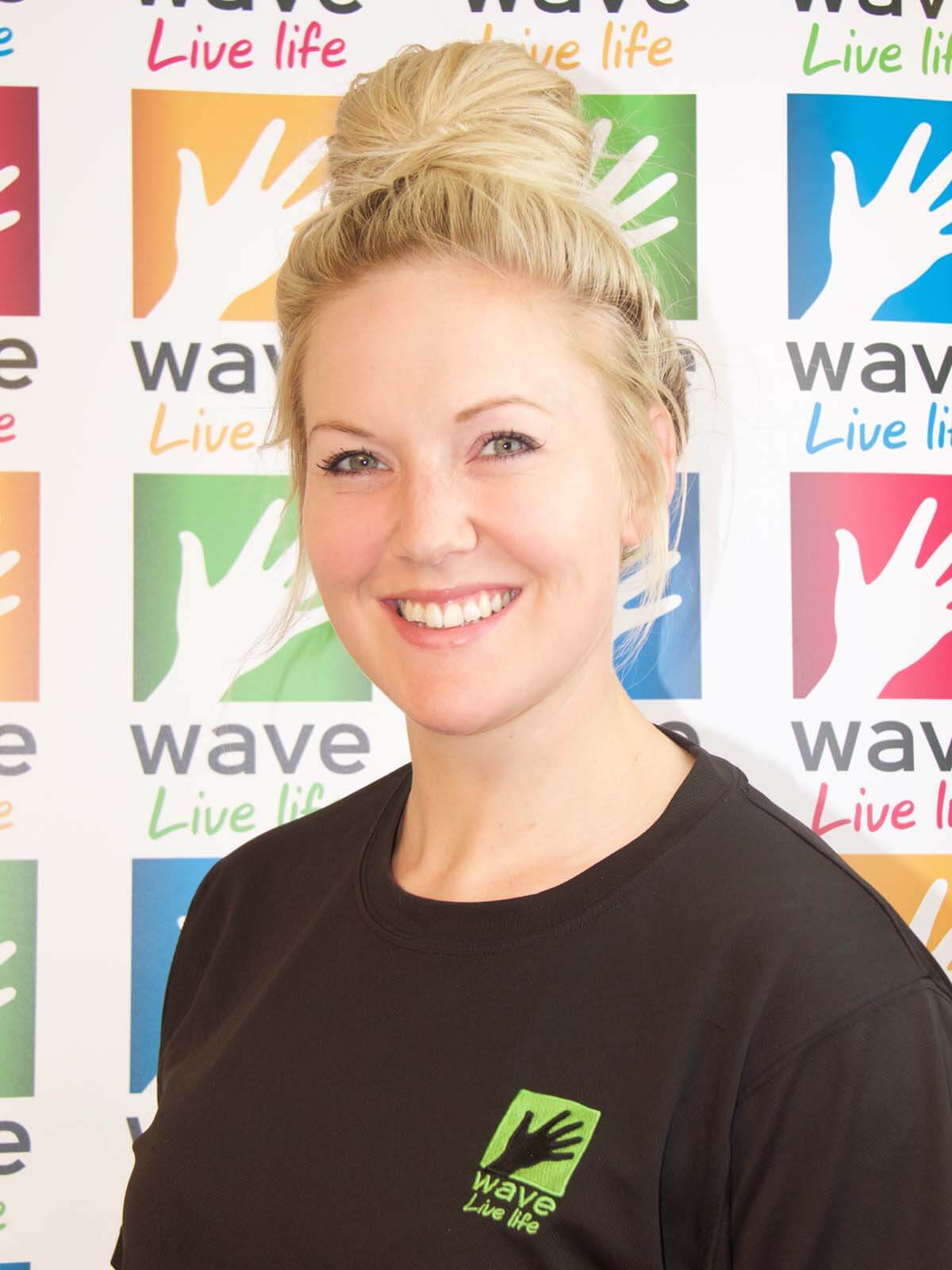 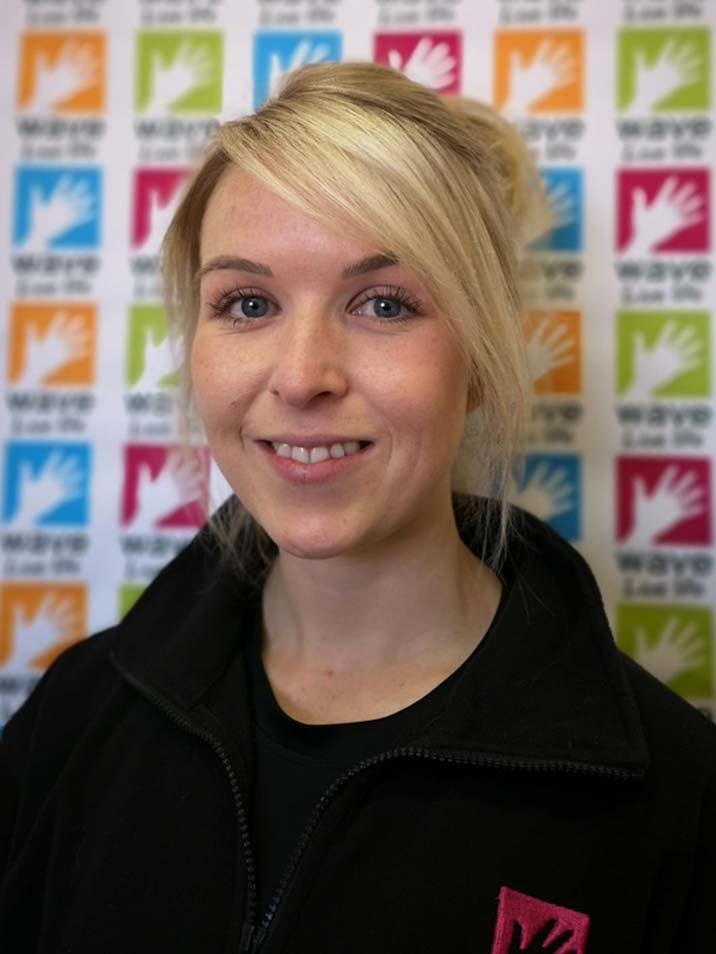 Variety is something Emma and Daisy say is one of their favourite things about their role, as it keeps it interesting as well as fun. “You get to do a lot of different things,” says Emma.“You’re not sat down all day you’re keeping active and no two days are the same.”

The team love being able to create their own sessions and experiment with new ideas to get kids active. Move to Music is a session they’ve trialled at a local Primary school and it’s proved to be a hit. Using popular party games and songs, the main goal of Move to Music is to get kids moving and having fun. Adapting the sessions to what they’d like to do is vital to keep them coming back and joining in, allowing the session to have more of a free-flowing style and the children to get active in a way that they enjoy.  “As long as they’re having fun and moving more, then we've done our job,” says Daisy. 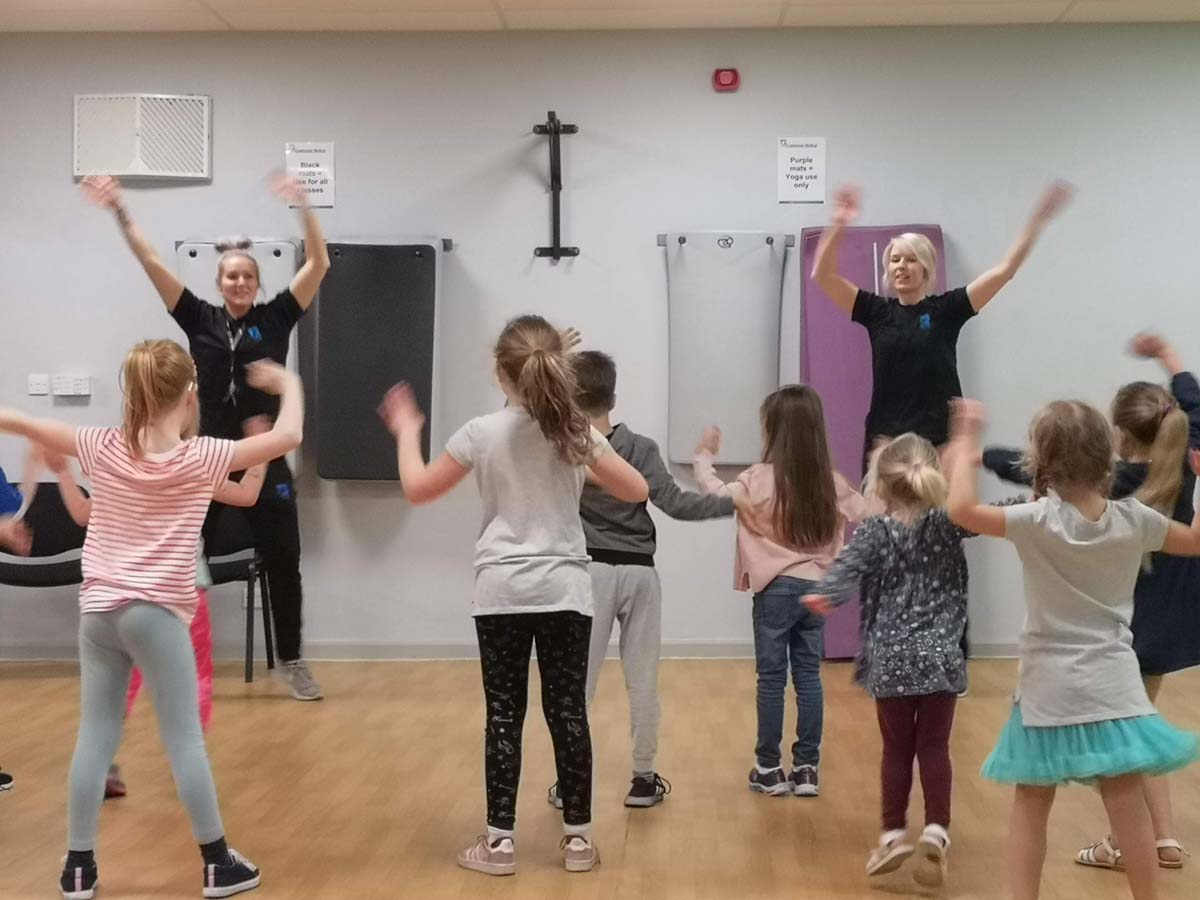 Emma and Daisy leading a Move to Music session at a Change4Life event.

Through being a Live Life Activator, Daisy - who comes from a teaching background - has been able to combine her interest in science with her passion for activity to create sessions with Active Learning at their core. Active Learning is a concept developed to combine curriculum studies with physical activity.

“It’s different to traditional teaching in that the main reason the children are there is to have fun” she says.“The secondary benefit is that they’re learning without even realising it.”

Daisy has been piloting an Active Science module at a local Primary school this term and feedback has been very positive. The children have fully engaged with the sessions and the structure has enhanced the excitement and enjoyment they feel each week.

By approaching learning in a different way and motivating participants through ideas such as having a ‘science star of the week’, they’ve been encouraged to absorb knowledge and even engage with extra science activities outside of school. Inspired by what they’d learnt in Active Science, some of the students took time to research, plan and create a science related piece of work in their own time to enter a British Science Week competition, something which Daisy is very proud of.

Romilly has attended our Active Schools and T-45 sessions and her mum has seen the positive impact it has had on Romilly's learning: "She came home last week bubbling over with excitement about what she had learned, asked for help doing research on the internet that was prompted by the lesson, and is already investigating the upcoming topics and looking forward to her next session with Daisy. I know from my daughter and from speaking to other parents that it has made a significant impact on the kids. I hope you get the opportunity to roll this out to other schools.”

The positive reception of the Active Science module has led to its inclusion in our school holiday programmes, meaning more children can take part and access learning and physical activity in a new, fun way. 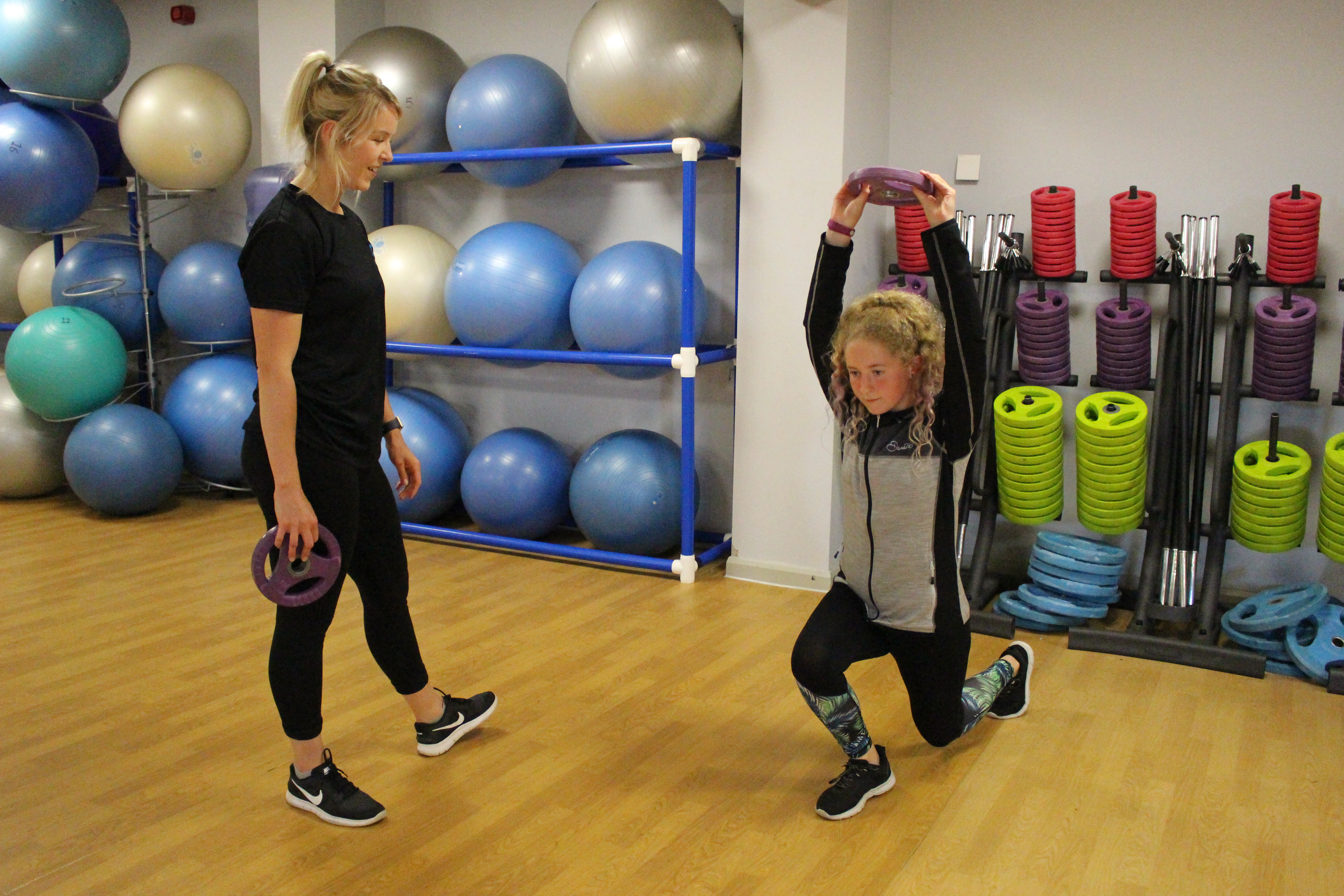 Daisy and Romilly at a T-45 session

As well as being full of variety, both Emma and Daisy find being a Live Life Activator a rewarding role. “The thing I like best about it is seeing the progression in the kids who come to clubs regularly,” says Emma. As they run sessions throughout the term, the team see first-hand how participants progress and improve as the weeks go on. “You actually see them picking up the skill you’re teaching them and that’s really rewarding.”

As they run sessions in schools as well as in centres and engage with children of all ages and their parents, Emma and Daisy note that there’s a real positive community feel to what they do. The relationships they build with children and young people who regularly come along to their sessions encourage participants to develop a positive relationship to getting active. By creating a familiarity, they remove some of the potential barriers to children wanting to get active, meaning they often see children they teach at schools coming along to try out different sessions such as our T-45 sessions.

T-45 Gym Fitness and T-45 Group Exercise have been developed to get kids aged 11-16 confident in the gym and having fun trying out a variety of classes. The sessions have proved to be extremely popular, with 213 participations in the first month alone. Thanks to their popularity and the unique style of class, the team have started running T-45 for older children in Primary schools so that they have something consistent to focus on as they transition from Primary to Secondary school.

The transition between Primary and Secondary school is the prime age where children become less active, which can lead to obesity and other health issues. Public Health have published nationwide figures of increasing childhood obesity, where 33.4% of children in the UK are suggested to be obese or severely obese. “Part of our job is to try and limit that happening by building a positive relationship with and creating a passion for physical activity,” says Daisy.

Developing unique and engaging sessions such as T-45 can prevent children dropping out of physical activity as they grow beyond the sessions put on for younger children. “They get to experience what a more ‘grown up’ class feels like,” says Emma. “That’s what will hopefully keep them active for longer and stop them moving away from enjoying physical activity.”

Emma is a great example for how engaging with activity when young can influence your activity as an adult. “Wave has always strived to build that passion in young people,” she says. She can remember coming along to Junior Fit sessions at Downs Leisure Centre when she was the age of the children she now teaches, as well as coming to the gym with her mum. “Those sessions really built my relationship with physical activity which has stayed with me into adulthood.”

It's not just young people who are growing their passion for getting active. Since working for Wave, Daisy has felt more inspired than ever to get involved with exercise classes and use her love of teaching in a different way. “That’s what’s lovely for me, that I’ve come into a company that is positively influencing me as well as me having a positive influence on the children I teach.”

You can read more stories about the people behind Wave in our Impact Report, here.

Got a kid who loves to be active? From trampolining to swimming lessons, T-45 to Wave Adventures, take a look at our junior activities here.